NEXT AUCTION – THE AUTUMN SALE
LYON – SATURDAY 9TH NOVEMBER
As every year, Aguttes Auction House organizes its Autumn sale in Lyon, in conjunction with the Epoqu’Auto show, the second most important show dedicated to vintage cars. The sale will take place on Saturday, November 9th, as usual in the sumptuous setting of the former Brotteaux station, which has been completely renovated after 3 years of work. This will be the 5th major event of the year for the Aguttes Automotive Department, which is growing by more than 30% compared to 2018.
On this occasion, the automotive department will bring together a large panel of more than fifty vintage cars, from the 1930s to the early 2000s. Among them, an exceptional coach Delahaye 135 MS Dubos, but also several Jaguar, Porsche, without forgetting some Citroën that will allow us to continue the centenary festivities...
Last year, 65% of the presented lots were awarded with some notable results such as the Audi Coupé Quattro barn find, estimated at €15,000 - 25,000 and awarded €43,900 (!), the Ferrari 348 Spider estimated at €50,000 - 60,000 and awarded €61,600 or the Jaguar Type E 3.8 Coupe awarded €132,400 VAT included. Let’s not forget the 106,440 € achieved by the unique Alfa Romeo 2000 GTV «Gullwing» (est. 50,000 - 80,000 €) which will fly to its new owner in Miami. 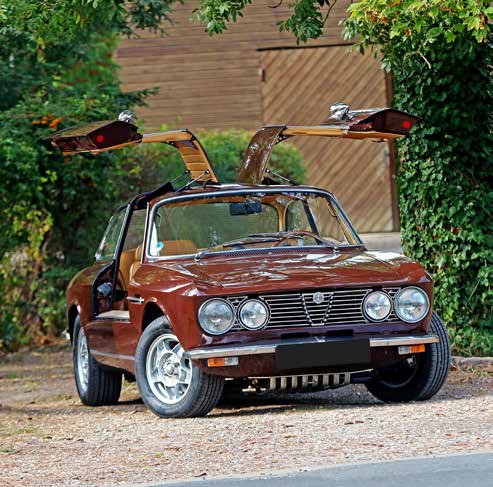 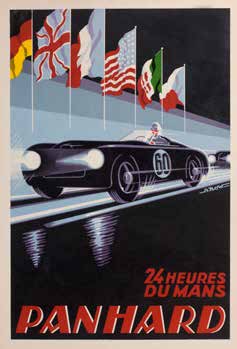 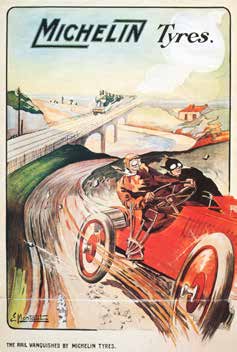 From now unmissable in the auction landscape, so-called «online» sales have taken their place in the calendar of traditional public auctions organized by the Automotive Department of Aguttes auction house. After the success of the first two sales organized during the first half of 2019, a third is planned on the online site www.online.aguttes. com for a period of 10 days from the 14th of October. A very fine selection of old posters will be on display, as well as many objects and accessories related to the history of the 24 hours of Le Mans.


ON THE WAY TO 2020…
The 2019 season is not yet over, and the end of the year promises good prospects for the automotive department of Aguttes auction house. But it is already time to look ahead to the coming year. If all the dates have not yet been set, the first 3 meetings of the Aguttes on Wheels team have already been set! You can invite yourself to their stand during the week of the Retromobile motorshow, shortly before the spring sale organized again at the Espace Champerret in Paris on the 15th of March. As this year, the traditional summer sale will follow in June and still in the 17th arrondissement of the Capital.