A LOOK BACK AT OUR AUTUMN SALE
LYON – SATURDAY 9 NOVEMBER
As every year, the auction season for Aguttes’ classic car department draws to a close in Lyon, at the time of the Epoqu’Auto show. On Saturday 9 November, Aguttes organised its fourth auction of the year, following two days during which the cars were on display to the public. 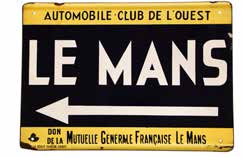 On this occasion, enthusiasts and curious onlookers alike were free to admire the 53 classic cars as well as the incredible selection of Automobilia, featuring no fewer than 150 enamel signs consigned by a single collector. Indeed, it was with this exceptional collection that the sale of Automobilia began at 2.30 PM to a packed house. The enthusiasts taking part waged a bidding war without precedent, as 100% of the lots went under the hammer of Maître Aguttes, for a total in excess of 120,000 € (including sale fees). Guided at 300 – 600 €, the star lot in the selection, a road sign from the Automobile Club de l’Ouest made from enamelled sheet metal, was sold in the room for 4340 € (incl. sale fees). After the sale of Automobilia lasting two and a half hours, the full team from the department withdrew briefly before returning at 6.30 PM to begin the auction of classic cars, which got off to a flying start, with 12 of the first 15 lots sold. The first surprise of the auction came from the 1925 Ansaldo 6B Torpédo in original condition and requiring a complete restoration. Estimated to reach 5000 – 10,000 €, it eventually changed hands for 25,104 € ! After this came the six cars from the collection of Monsieur R, which all found takers, including the unique Renault Frégate Cabriolet Chapron, which sold in the room for 118,324 €, or the rare example of the Panhard PL17 Tigre cabriolet, of which only 125 cars were produced in 1963, which went for 77,024 € including sale fees. Soon after this came the second collection in the auction, with
the sale of four cars belonging to Pierre Brignole, a renowned collector from Corsica. While the Citroën SM failed to find a buyer, the DS 23 Pallas (28,644 €), Fiat Dino Coupé 2.0 (55,784 €) and Dino 246 GT all sold, the last achieving a price of 235,000 €. 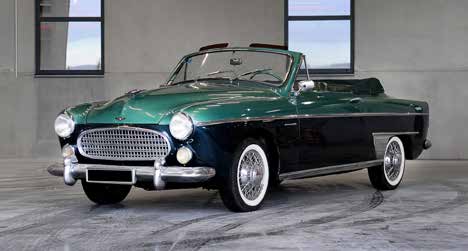 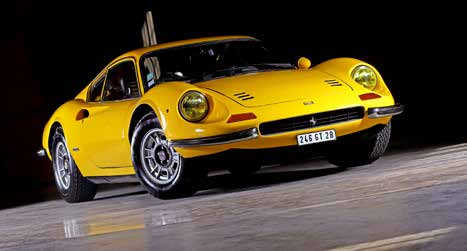 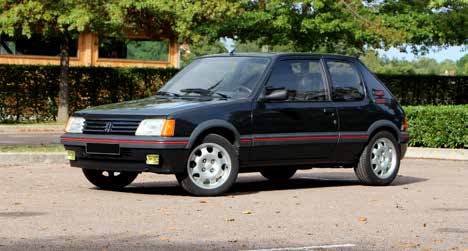 Another noteworthy result was the new world record set by the sale of the 1987 205 GTI 1.9 with only 6800 km (4200 miles) recorded. Guided at 28,000 – 40,000 €, it changed hands for 47,524 € (incl. sale fees). Also eagerly awaited, the bids for the BMW M5 Evo Touring lived up to expectations, as it reached 53,424 € and joined a large collection in the UK.  Now highly sought after, the
Ferrari 550 Maranello presented at the end of the auction found a new owner for 91,184 €, just before the turn of the exuberant and no less exclusive Lamborghini Murciélago roadster with manual transmission, which reached just over 265,000 € (incl. sale fees), the highest bid placed during the sale. In the end, the Autumn Sale achieved a fine result in the current market, with 60% of the lots sold, for just over 1.7 million euros, so rounding off the excellent year enjoyed by Aguttes’ classic car department, which posted turnover approaching 10 million euros and an average sale rate close to 65%! 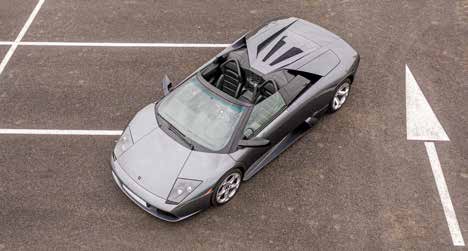 ON THE WAY FOR 2020
2019 is not yet over, but it is already time to turn to the first quarter of 2020, when Aguttes will hold two major events. First of all, the entire classic car team invites you to the Porte de Versailles in Paris in February, for the unmissable Rétromobile show. There you will find our auction house at the heart of the show’s “golden triangle”. For the collectors who come from across the globe, we will unveil some exceptional cars … including an Italian model which competed at Le Mans in 1962 and 1963 as well as in the Targa Florio in 1964. With a clear history, this car will be the centrepiece of a collection of seven cars which will be auctioned on 15 March 2020 during the Spring Sale organised by Aguttes in Paris (more details to follow shortly). We are now taking entries for this first auction of the year, so please contact one of our specialists straightaway to consign your car, as space is limited!